Some ACP-UK members may not be aware of the Psychological Professions Networks (PPNs) which are becoming increasingly influential in England. Although they began as regional “bottom-up” multi-professional groups (usually led by clinical psychologists) they have been embraced by Health Education England (HEE) and NHS England and Improvement (NHSE/I), the two major “top-down” arms of central NHS influence in England, known as “arm’s length bodies”. The PPN Chairs are seconded and employed by Health Education England (which gives an indication of how important HEE/NHS-I consider them to be). The PPNs have been able to provide a joined up voice for the psychological professions into a number of streams of HEE work.

We may have uncertainties regarding who are the “psychological professions” (what constitutes “psychological” and what defines a “profession”?) but there is no doubt that this HEE and NHSE/I working group is increasingly influential in policy-making for England. There is also a group formed by the psychological professional bodies (which includes ACP-UK) that is lobbying for a Chief Psychological Professions Officer to take forward this agenda alongside the other professional Chief Officers for medicine, nursing and allied health professions within the Arm’s Length Bodies (England).

All stakeholder members of the Workforce Strategy Group have been asked to circulate Adrian’s blog about expanding the psychological professions and this has been agreed by the ACP-UK Board, so here it is. 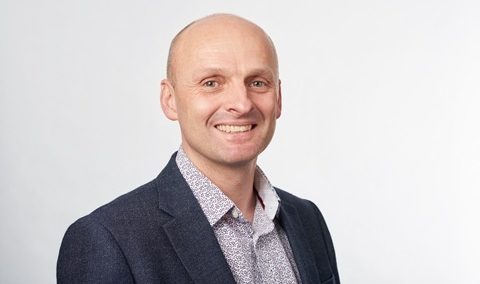 We need a more psychological NHS. Why? Because this is what patients want – three times as many people with mental health problems would prefer a talking therapy to medication. And there is excellent evidence to show that talking therapies and other psychological interventions are effective.

Psychological approaches don’t just help improve mental health and wellbeing: they can help people adjust to and manage major health conditions such as diabetes and cardiovascular disease. They can also help shape a more truly biopsychosocial approach across the whole of healthcare. In the NHS Long Term Plan, we now have a policy framework with the ambition to expand psychological healthcare at a faster pace than ever before.

We will need to expand the psychological professions to make timely autism assessments and improve the management of major health conditions, dementia and intellectual disability care. Psychological professionals will have much to offer in many other parts of the Plan, such as building technology-enhanced care, interventions for problem gambling and people who sleep rough, in supporting NHS staff wellbeing, and in preventing mental and physical ill health.

Many talented and enthusiastic individuals want to work in health and social care in one of the 12 psychological professions, but many can’t find a way in. So how can we turn this talent and enthusiasm into a rapidly expanding workforce to deliver better access to evidence-based psychological interventions and a more psychological approach across the whole of healthcare? The Psychological Professions Workforce Group will help answer this question by tackling four strands of work:

We will collaborate with stakeholders – including employers, universities, professional bodies and arm’s length bodies – to develop this work and take forward its products into the NHS People Plan when it is published this autumn.